Two separate but connected organisations were involved in the formation of the Club, Frinton War Memorial – Officers and Committee and the Frinton Ex-Service and Men’s Club – Officers and Committee. They decided a meeting place was the most suitable memorial and the building that forms the nucleus of the present premises was identified and funds were raised for the purchase of the freehold in February 1921. Frinton’s War Memorial is part of the front elevation to the building.

Fundraising was driven by the enthusiasm of the two bodies mentioned above and led by Field Marshal Viscount Byng and Henry Markham. The first accounts of the Club list all those who made contributions to the fund and a copy is displayed in the Club. Over the years alterations have been made to the premises but the front elevation is still much the same today as it was when the building was first erected.

The Club was established as a gentleman’s Club and this continued until the late 1970s when it was decided to allow a member to introduce a lady guest at weekends. The period through to 2009 saw a number of modifications to the rules allowing lady guests to attend the Club at all times it is open. At the AGM in 2009 the members decided to open the membership to both men and women.

The Club is Frinton’s War Memorial and members today take very seriously the charge of our founding fathers to keep the lamp of remembrance burning. The town’s annual act of remembrance starts with the laying of poppy wreaths at the War Memorial on the outside of the Club. This is led by the Rector and attended by members, representatives of the Town Council, local organisations and members of the public. Following this act of remembrance those attending move on to the parish church for the traditional Remembrance Sunday Service. A brief act of witness is also held at the War Memorial when Armistice Day falls other than on a Sunday. 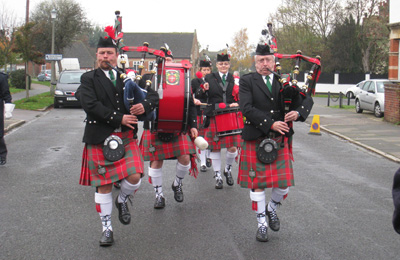 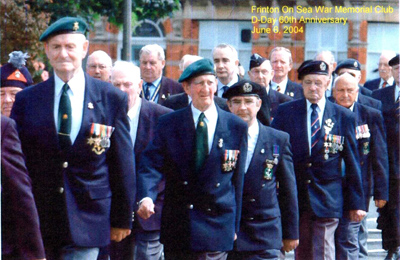 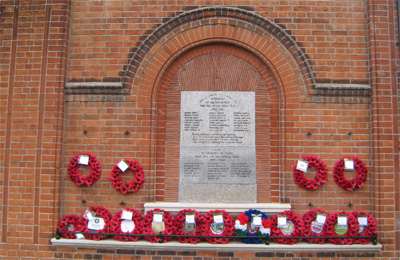 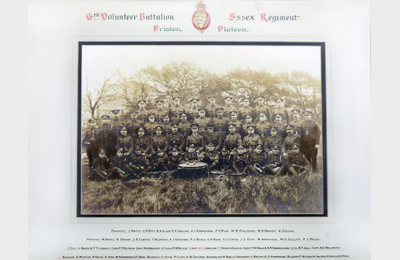